I found a fun little piece of furniture for the Sassy Seagull one day when I was killing time waiting to pick up a granddaughter from her skating party. I was bumming around a nearby store and came across this mid-century modern coffee table. 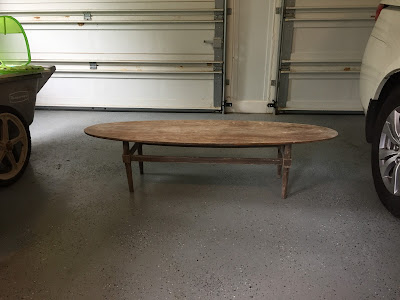 With its long oval top it reminded me of a surfboard and I thought it might be a fun piece if we painted it. 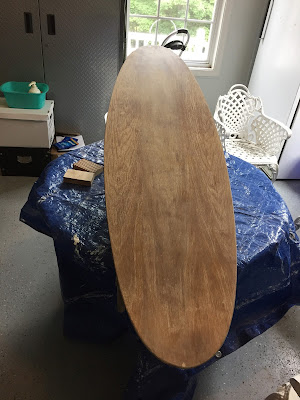 I'm not the most talented when it comes to drawing but I found an idea on Pinterest that I liked and thought would be doable. 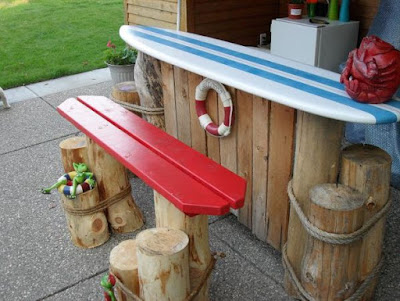 I was thrilled when my husband decided to take on the project of painting and striping the table.... 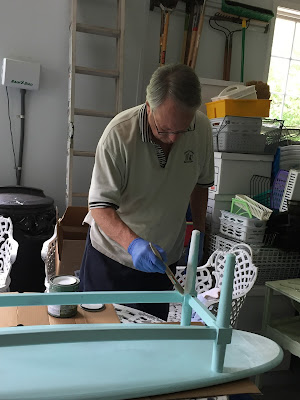 I wish I had taken pictures of the entire process but I didn't think to do it in time. Henry sanded the table all over and then he used a tack cloth to clean it up. The paint contained a built-in primer. However I decided after he put the first coat on that I preferred the background to be white--so he repeated the process and painted two coats of white semi-gloss paint. (Such a patient man--thanks honey!) 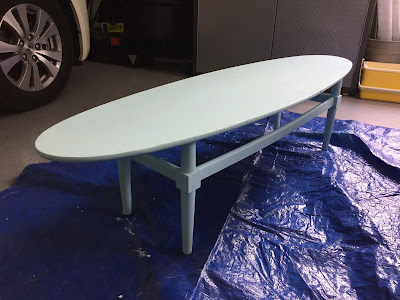 Once the paint dried for 24 hours Henry used FrogTape for delicate surfaces--the yellow one--to mark off the stripes. Once he measured and was satisfied that the lines were exactly where he wanted, he painted the stripes with blue. We used a sample pot of Behr P460-1u called "Morning Sky" for the stripes.

Last step was a topcoat of glossy clear coat that is intended for use on painted surfaces. We felt it would make it look like a shiny surfboard and add durability to the
top of the table. 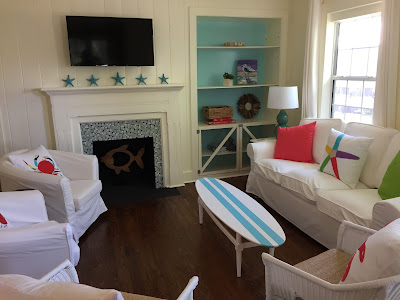 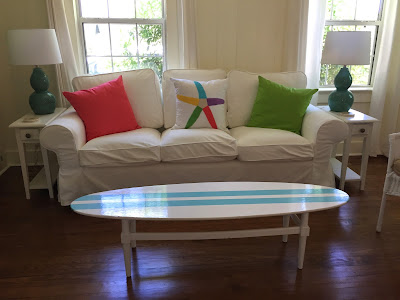