In A Funk Until We Built The Bunks!

I've been taking you on a virtual tour of Coast Awhile Cottage.  So far..... 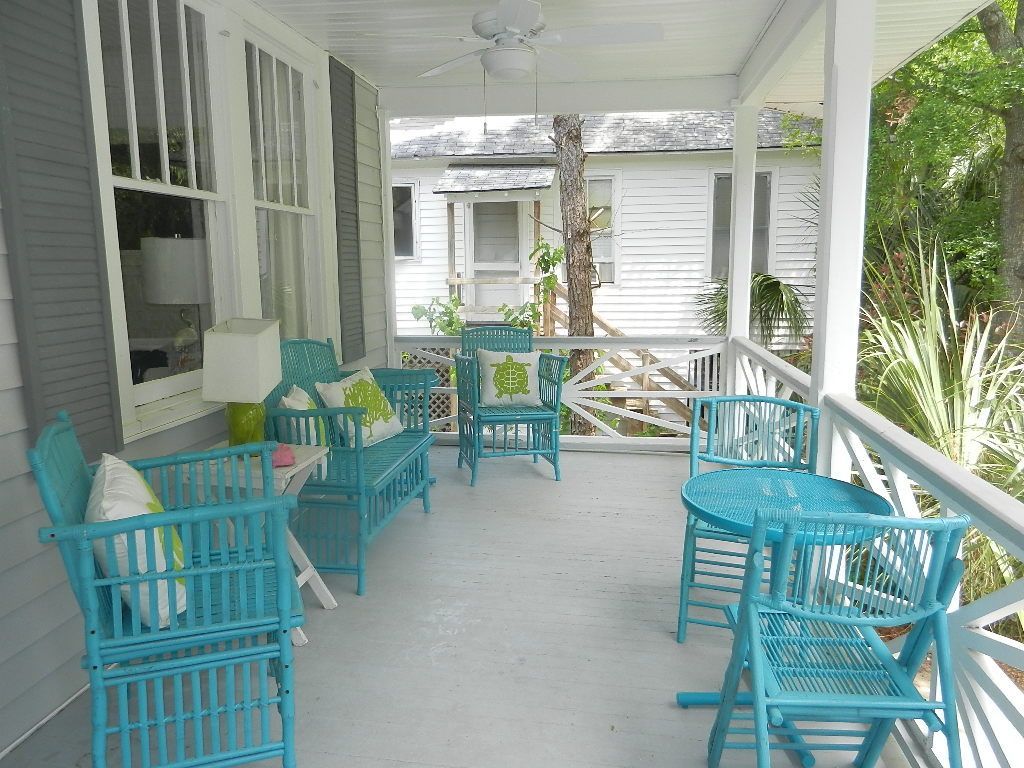 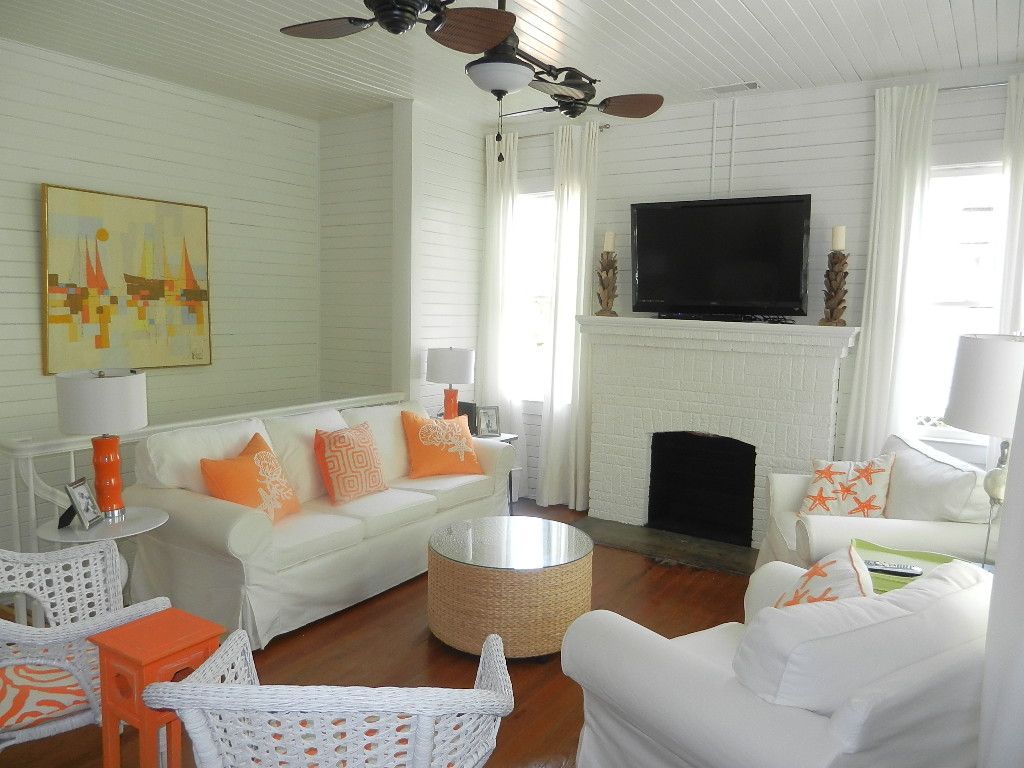 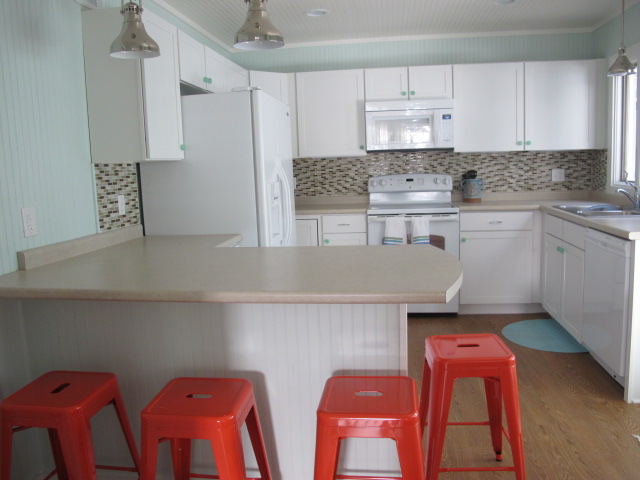 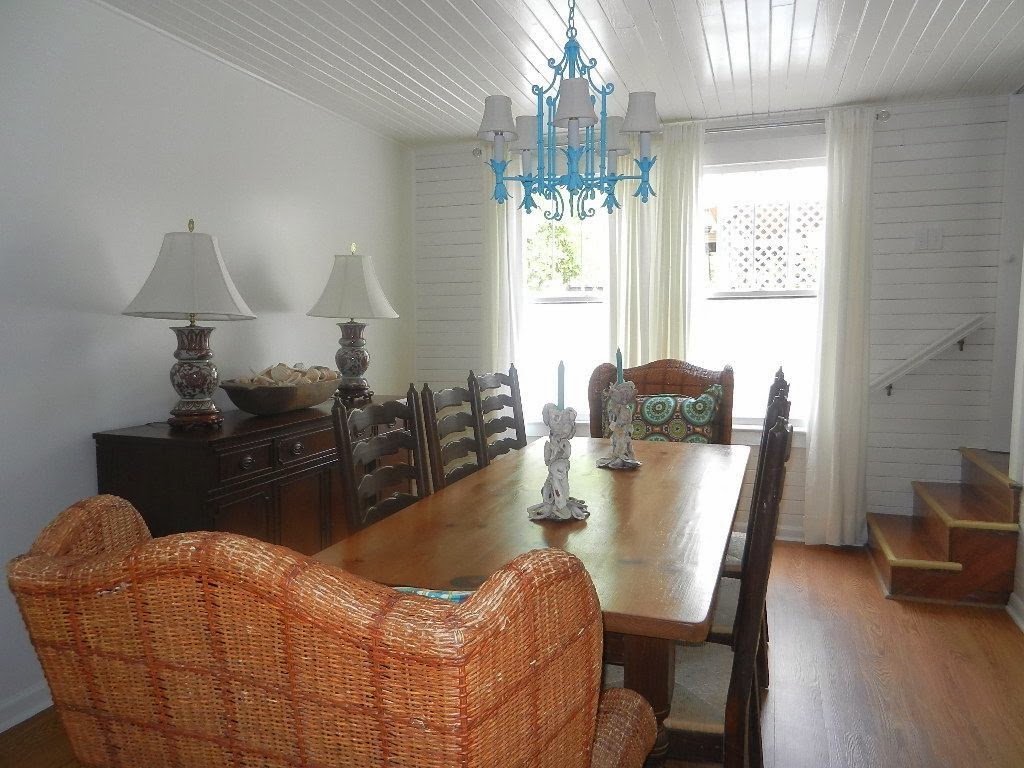 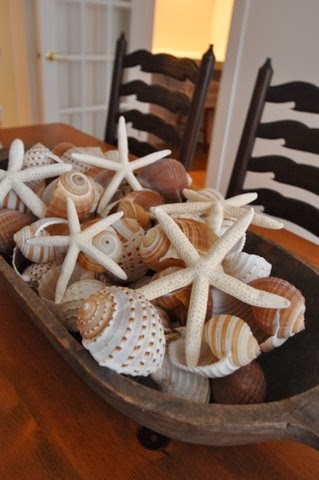 Now it is time to get the kids ready for bed and I can't wait to show you the bunk room!  It may just be my most favorite room!  But it started out as my least favorite room:( 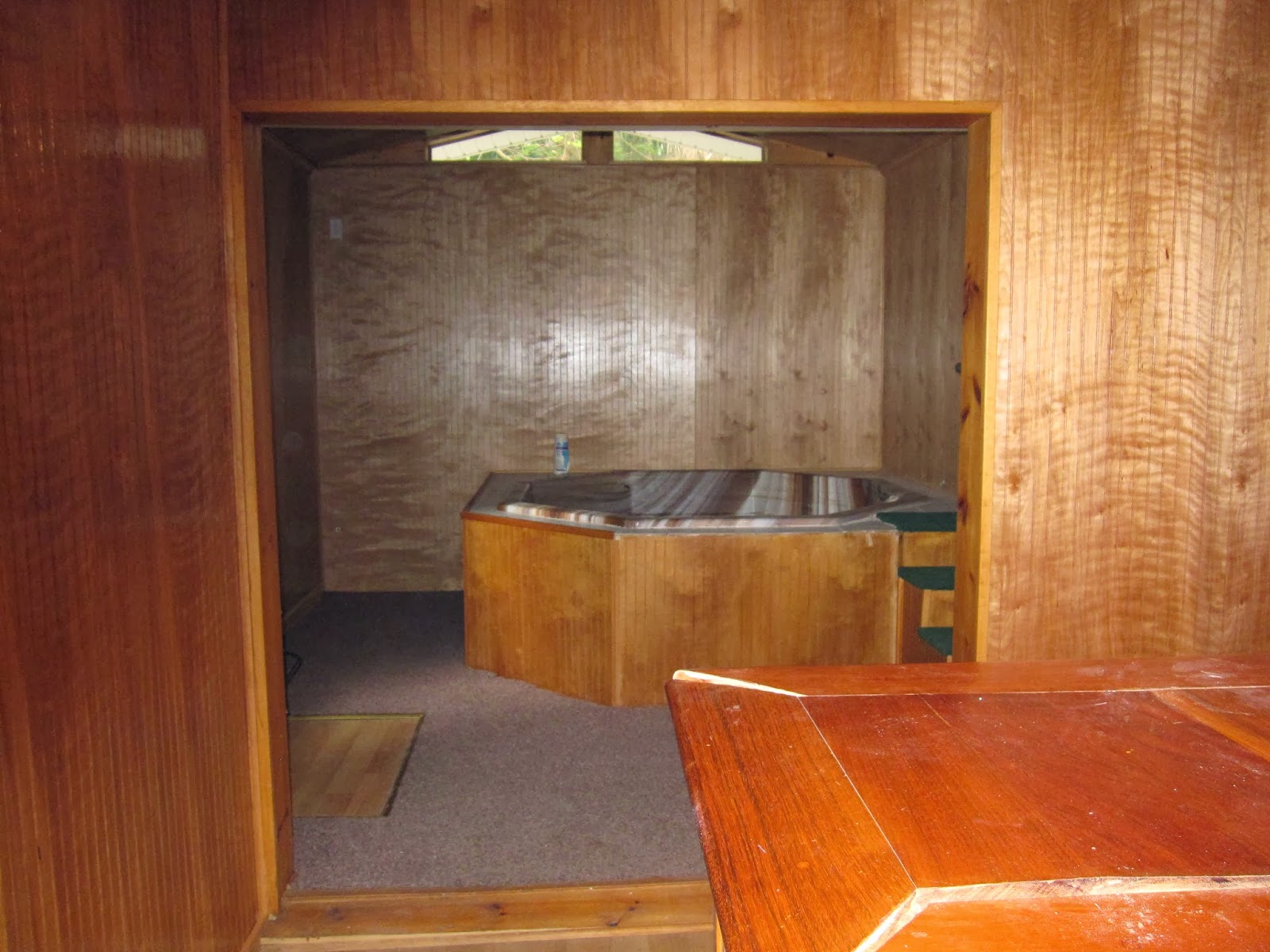 The previous owner had been a bachelor who liked to party and he had left a gigantic hot tub in the room.  It had been improperly installed and let's just say it was ewww--we all agreed that
it had to go.
There was a door in the room and somehow my handyman extraordinaire Peter
managed to get it out! 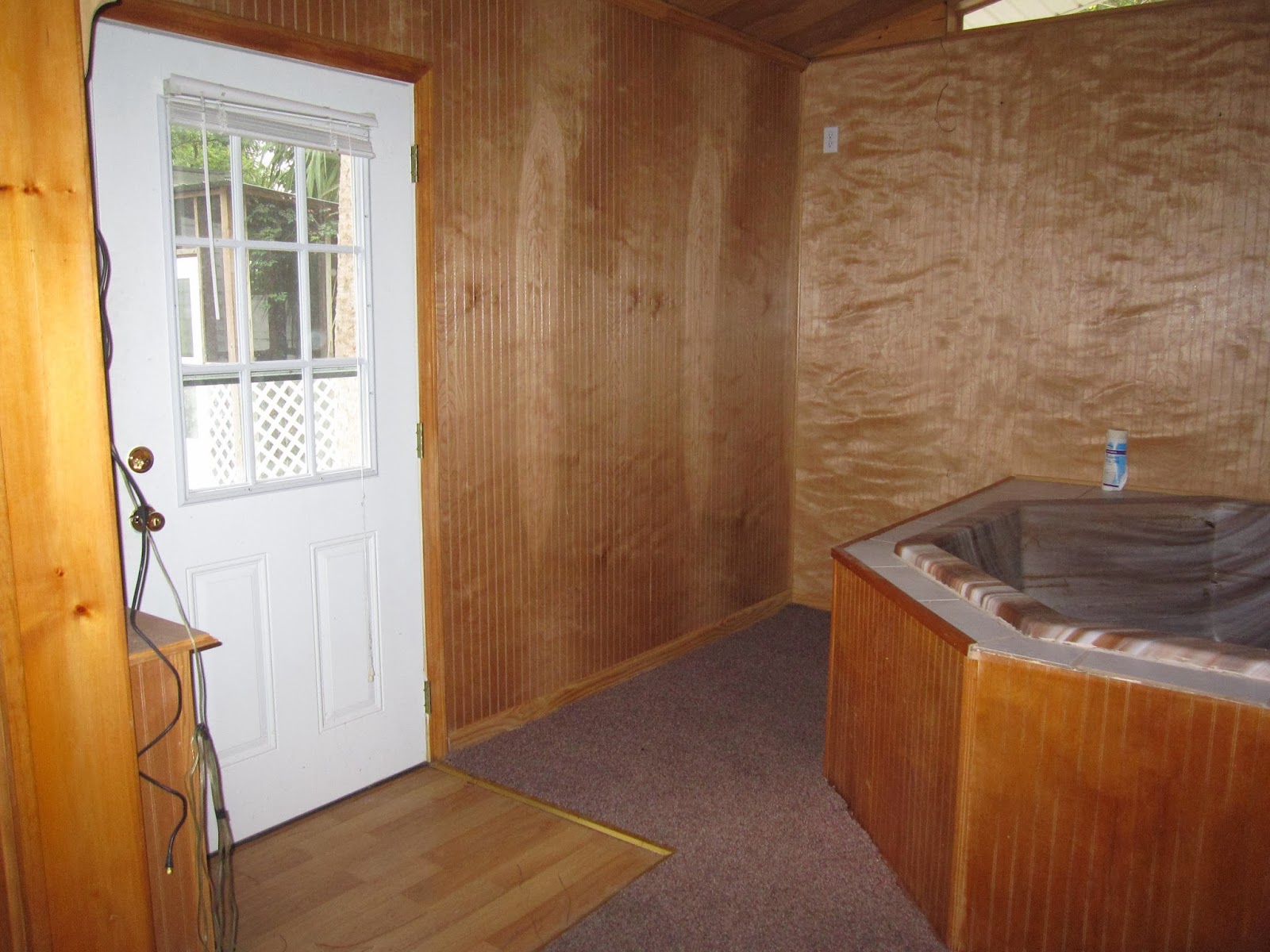 We decided that having an exterior door in the children's room might be an issue for young kids and teenagers alike so my designer Jane Coslick and I decided to remove the door and install a couple of windows on that wall.  In this shot taken from the adjoining room you can
only see one of them.  It worked wonders in making the room brighter. 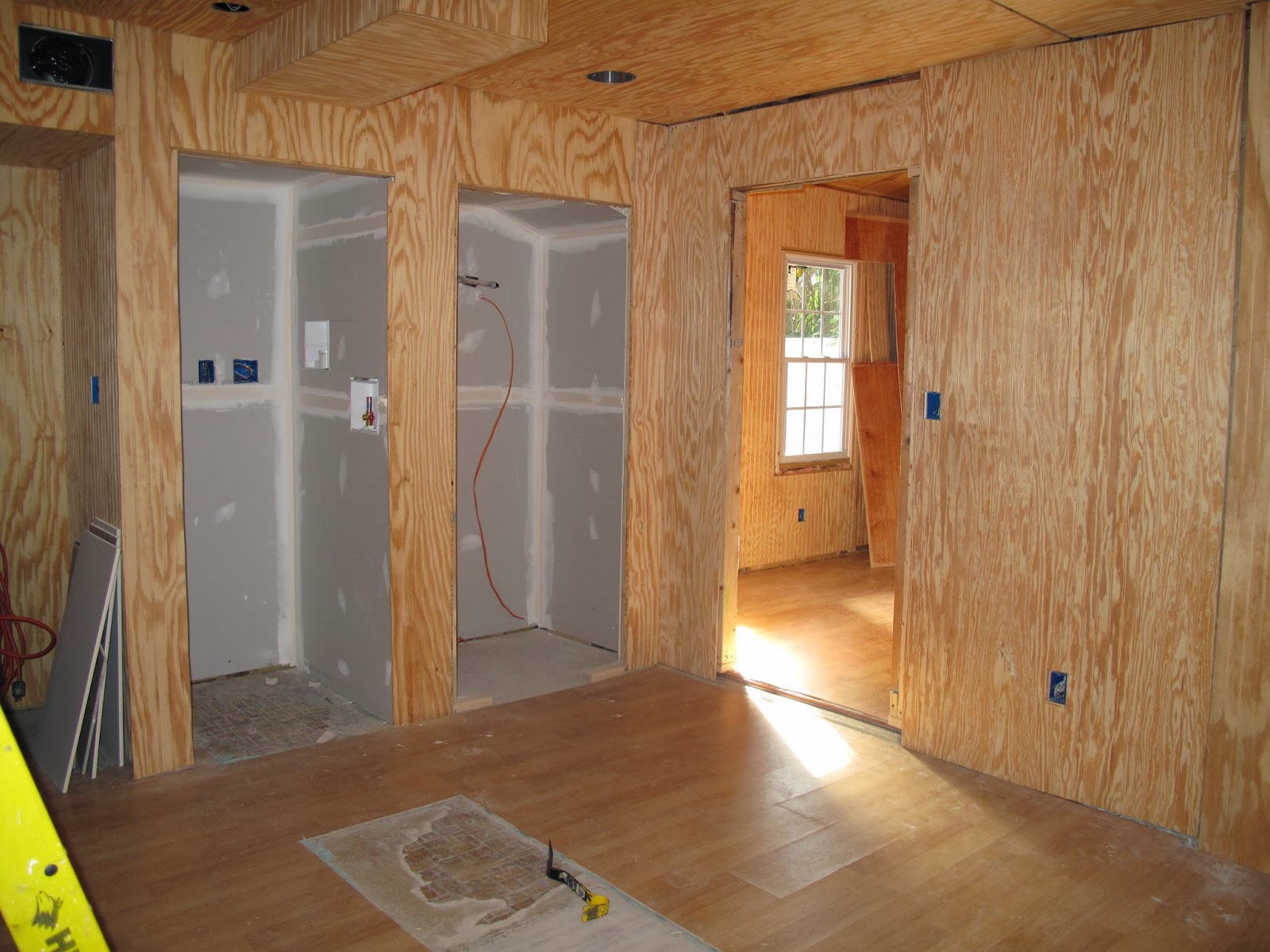 Once we got the plumbing issues cleared up, re-wired the electrical, and put down flooring,  Peter began to build the bunk beds.  I had collected a few pictures of bunk rooms I liked and we borrowed design inspiration from several of them.
We planned for four beds--each with a storage shelf and curtains to give each bunk mate some privacy.  I found some curtains in the children's department at Ikea that made me think of nautical flags and I bought a lot of pairs so we could cut them up and use the fabric. 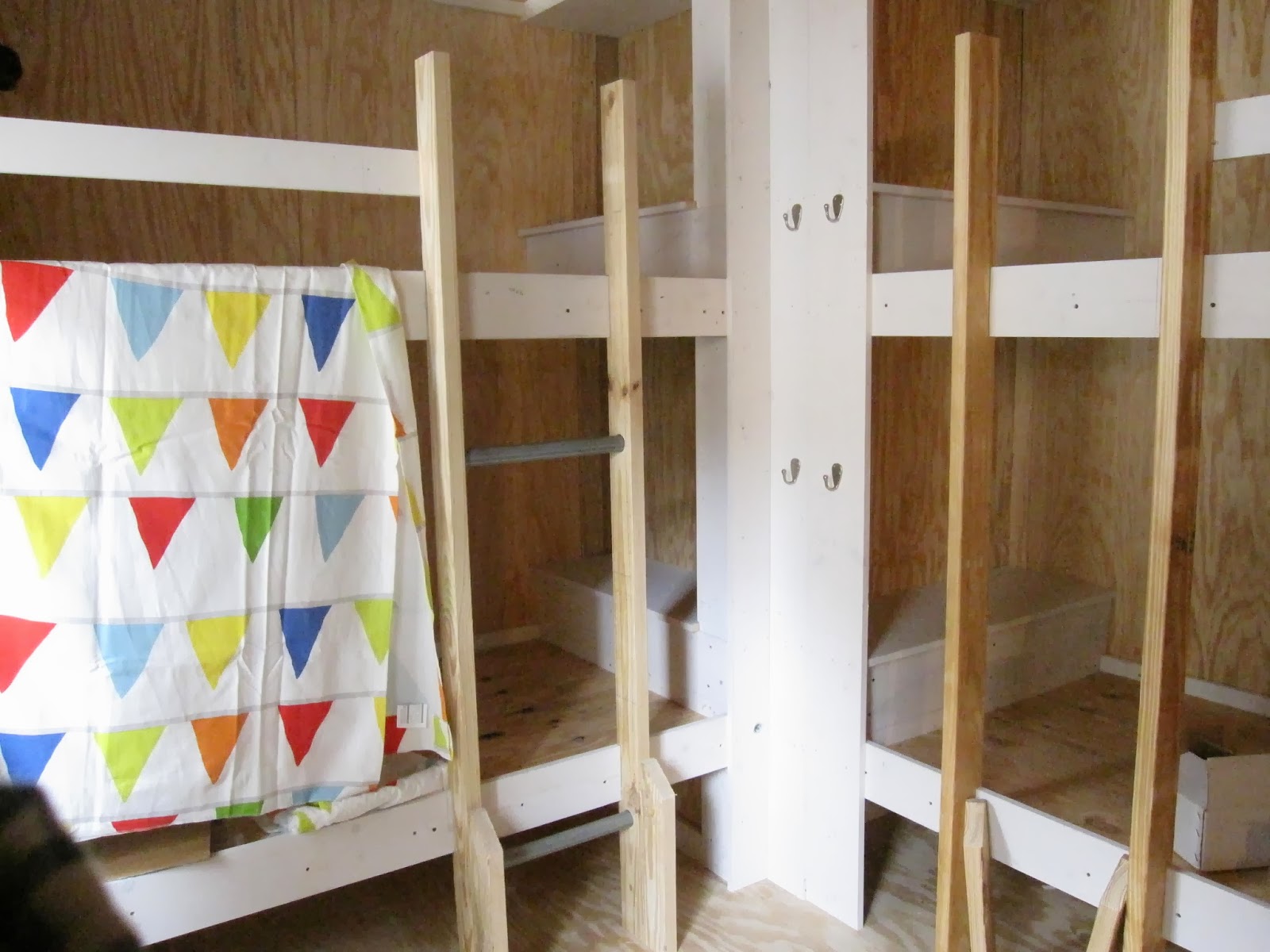 Later in the week I'll post the "After" pictures--you're gonna love it!