Bright, beautiful, and one of the best in her business--that was the young woman that showed up to style The Coral Cottage for our HGTV Magazine photo shoot last week!  Meet
Elizabeth Beeler!

I've been e-mailing back and forth with Elizabeth for several months as we worked out all the details for the photo shoot and I was really looking forward to meeting her so I asked her to lunch along with my designer and friend Jane Coslick.  I planned a simple meal, set a simple table and we three had a nice visit. 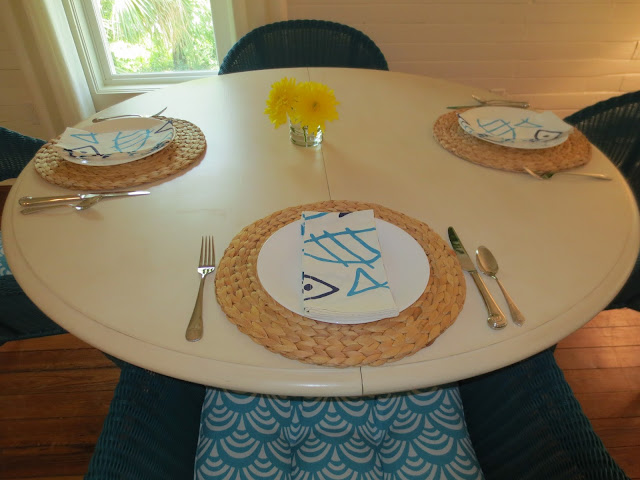 I knew Elizabeth was an accomplished young woman but I'm so glad that I didn't know just
how accomplished she is or I might have been self-conscious showing her around my little cottage that is still a work in progress.  It's not every day I have the former Homes Editor for Coastal Living over to see my house and presently she is an editorial contributor to many publications including Southern Living, Coastal Living, Garden and Gun, Traditional Home, House Beautiful, and of course, HGTV Magazine who plans to publish Coral Cottage....and there's more on her resume.  Yep--it's good I didn't know all that!  She's nice--that's what counts.

I tagged along after lunch to one of Jane's latest projects, Cottage on the Green.  Elizabeth was scouting it for future potential magazine articles. 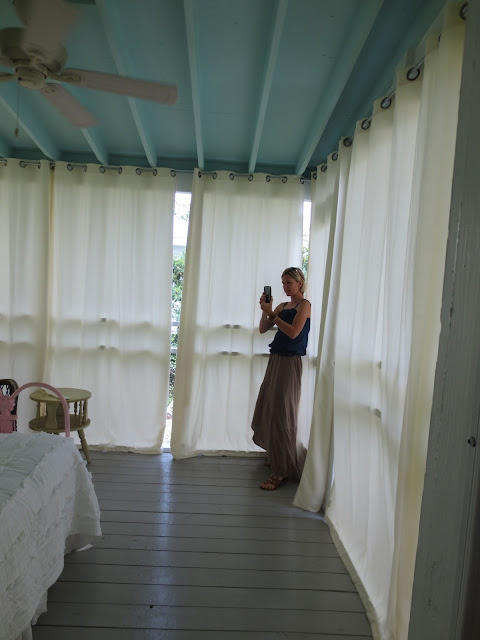 The cottage is a duplex and it was staged so creatively with many trademark Jane Coslick touches written all over it!  Elizabeth used her phone to take pictures--she encouraged us to stand way back and take pictures of the whole room when taking scouting photos (relatively rare occurrence for me but not so rare for Jane).

I grabbed my little point and shoot camera and took a few photos of my own because I thought you would enjoy seeing what I saw--a cottage full of personality that welcomes you in. 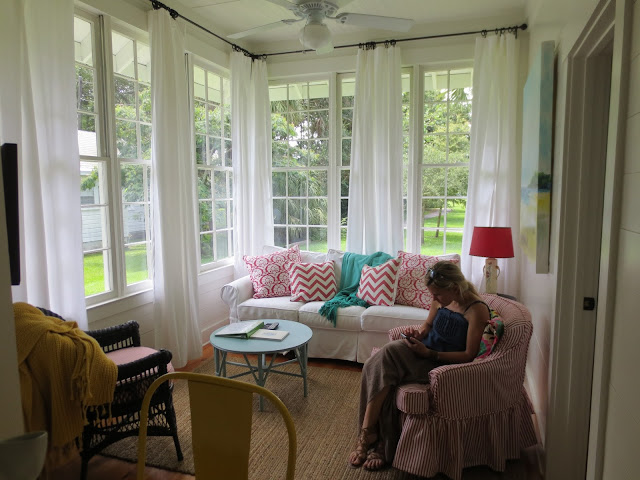 The other side of the duplex was wonderful too... 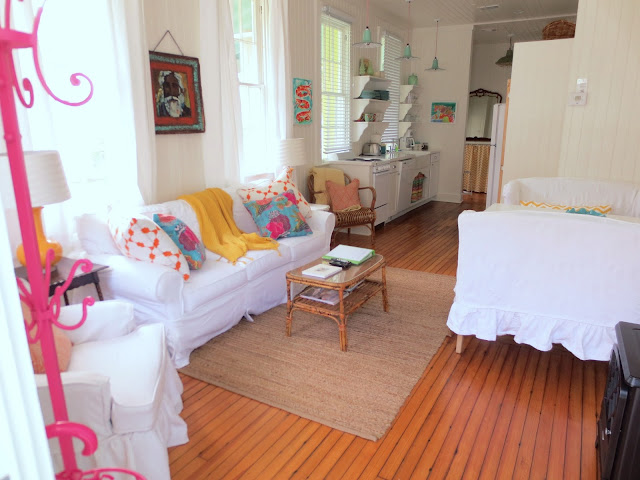 This bathroom was a highlight for me with it's footed tub... 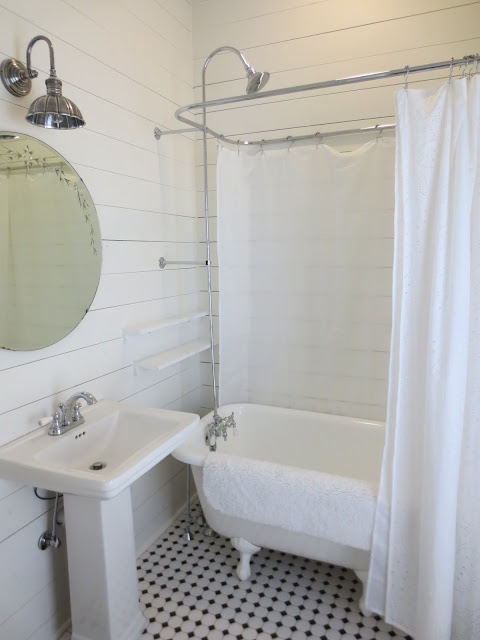 ...and it's connection to a private outside shower which can be entered from the bathroom or from outside to allow people coming back from the beach to shower the sand off
before coming in. 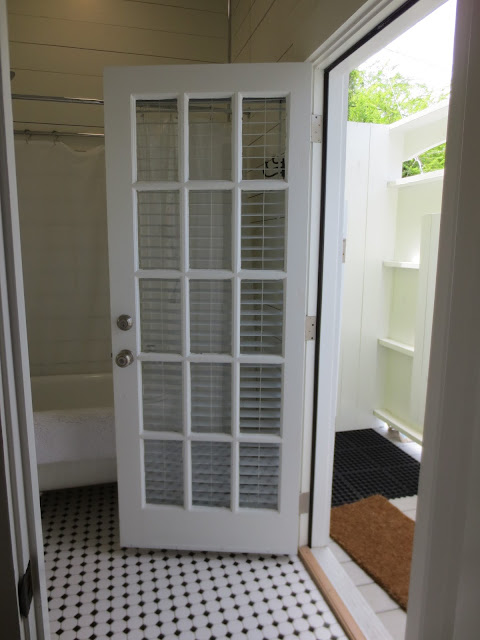 and last but not least, another lovely, comfortable porch...


After touring Cottage on the Green, we took Elizabeth to Coral Cottage so she could begin to style it for the photo shoot.  I'll tell you a little more about that next time!
Posted by Vicky at 7:00 AM