I showed you lots of chandeliers in my last post...lots of bee-u-ti-ful chandeliers that I loved but had to pass by because they were too costly for me at the end of our major restoration of
Doc Holiday cottage.  But I was determined to find Chandelier Shangri la in my price range.
So, starting with an inexpensive off-the-shelf chandelier from Home Depot 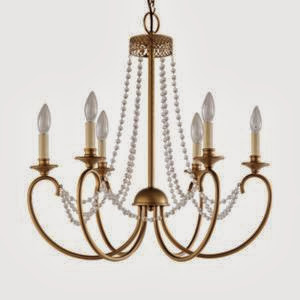 and some spray paint--Rustoleum Painter's Touch Ultra Cover 2X Satin spray paint in Aqua--to be exact this is what my fixture looked like (minus the glass beads). 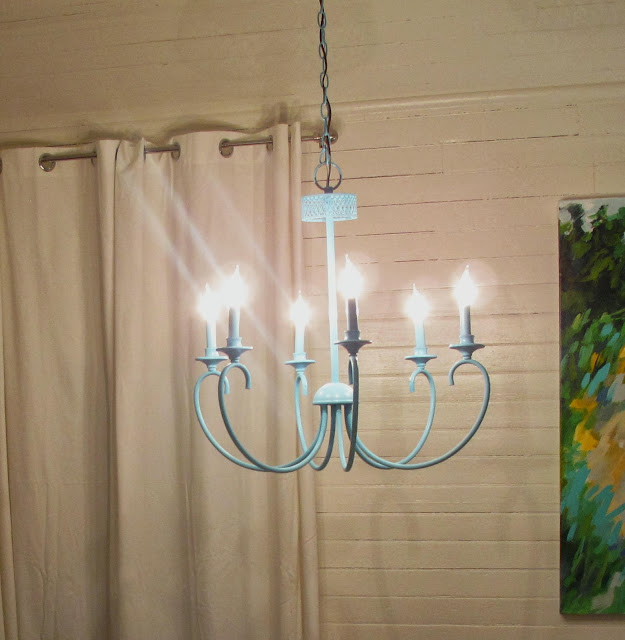 It was in great need of some embellishment and some shades for the light bulbs!
Here's what I did...

First I consulted my friend Beth Silvercloud, a very gifted jewelry artist--you can drool over her creations on her website here.  She had some great ideas and showed me which tool I needed to purchase in order to recycle some of the hooks from the glass bead strands. 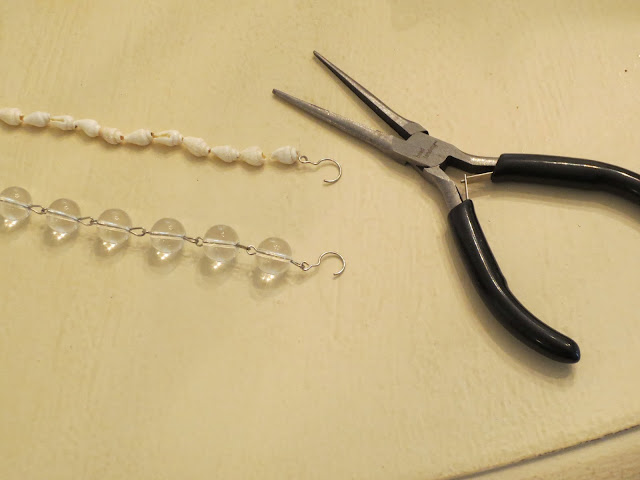 When Beth saw the shell necklaces I had purchased from Michael's she suggested that I use something with larger shells.  She felt (rightly) that the smaller shells were too tiny for the chandelier.  Here they are hanging on the chandelier.  They were kinked from being in the bag and I was trying to get them to straighten out. 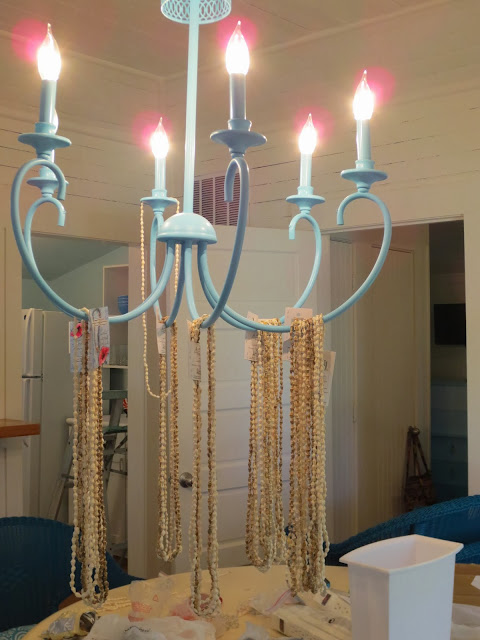 In the interest of the budget, I decided to use the smaller shell strands for half of the project--the part where the strands come down from the top of the chandelier to each arm.  Like this...one...two...three...four...five... 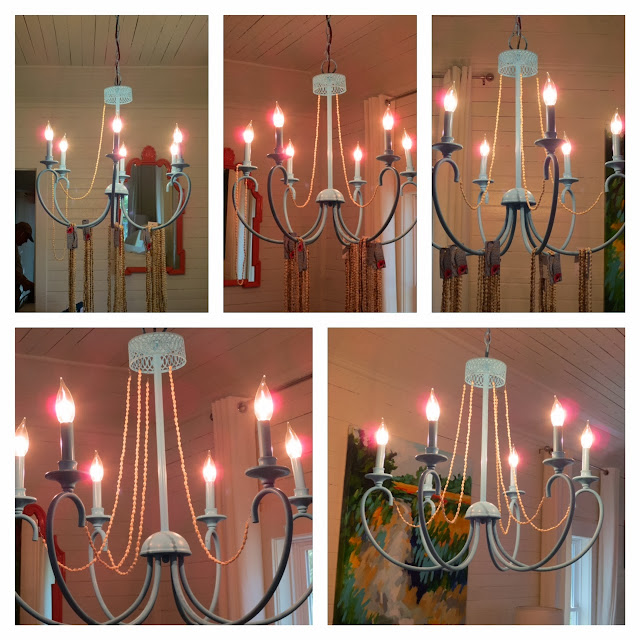 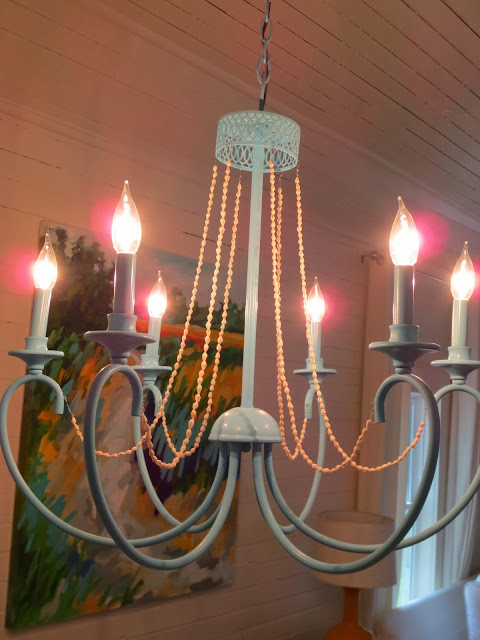 Then in keeping with Beth's suggestion that I use a larger scale strand of shells I found this rope with shells attached one day while shopping at Home Goods (where else?)!! 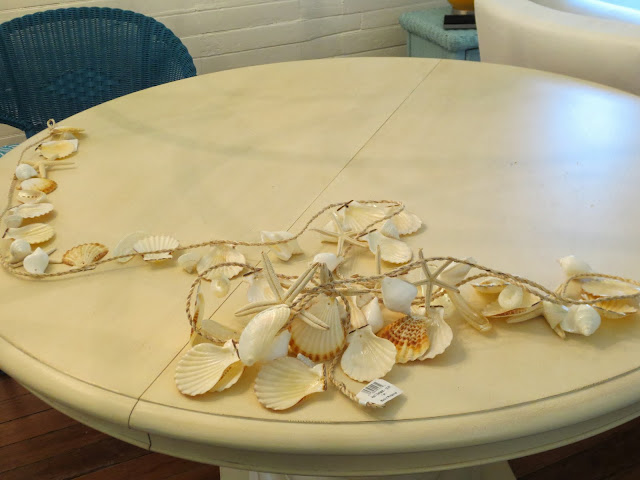 I played with the strand to determine how long each section needed to be to look pleasing as it draped from arm to arm on the light fixture.  Then using some covered aqua-colored wire I found at Michael's, I marked each section 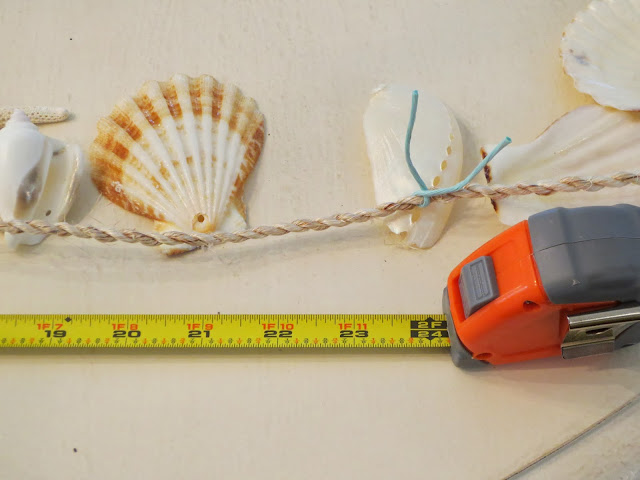 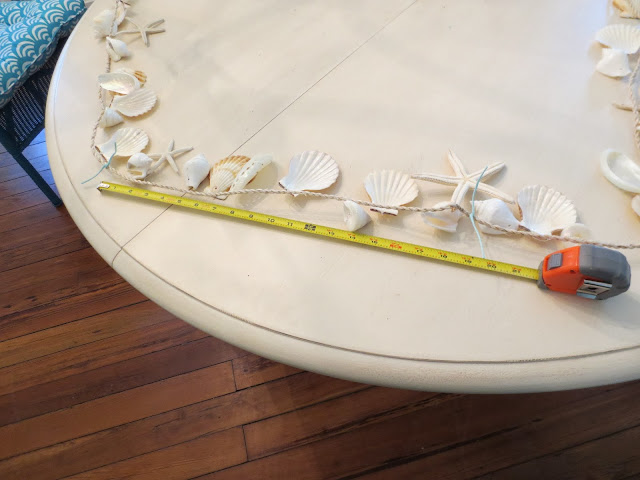 Then it was time to attach the rope and shell strand to the arms of the chandelier.  I unhooked the other small shell strands temporarily and then reattached them after I attached the rope.

One at a time like this until I made it all the way around... 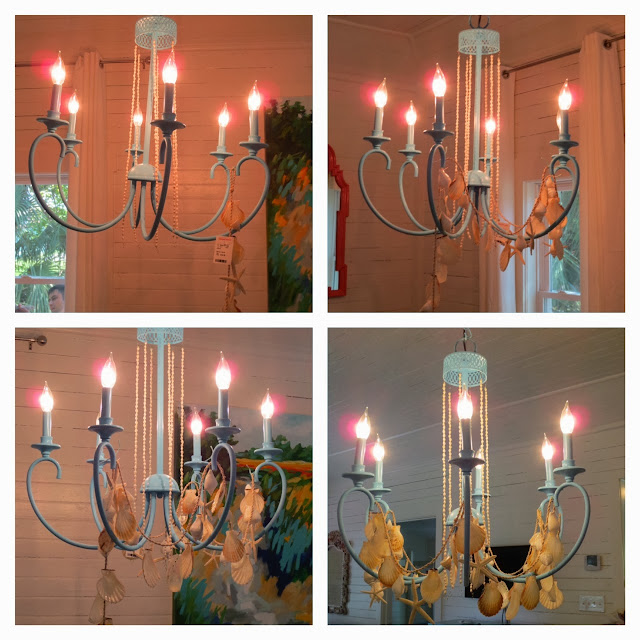 Once the rope strands were attached I re-hooked the smaller shell strands. 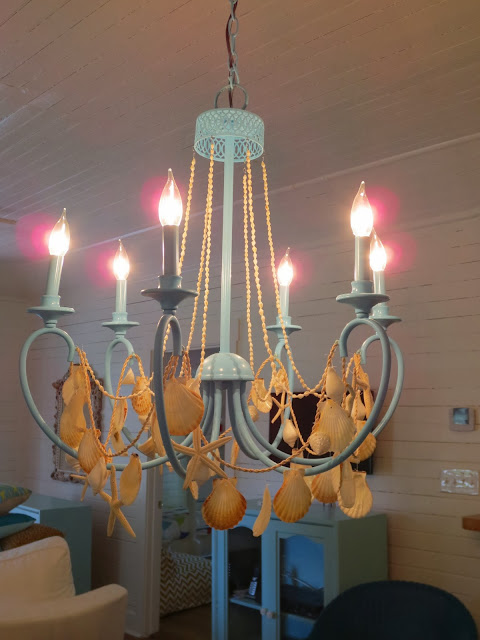 Almost done!  I had some extra starfish left over and I decided to add them to give a little extra pzazz!  This is what it looked like... 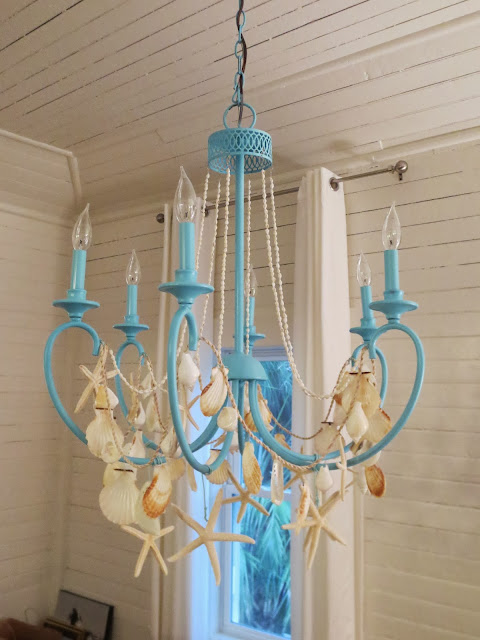 Last but not least--shades.  The bulbs are way too bright without shades.  Voila! 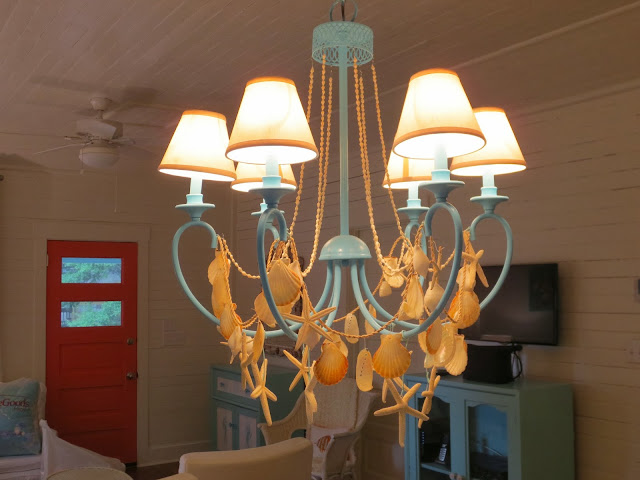