My little beach cottage has "legs"!  They're actually called piers but whatever they are called--they make my house look so tall!  This week I showed you how the crew laid a firm foundation for the piers in this post and this one.

Now that we have the rebar and the concrete has been poured,  you may be wondering--what's the deal with the rebar poles sticking up?  I'll show you--it's cool. 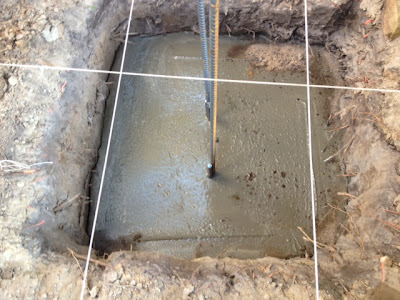 Our contractor, Anthony, told me about his subcontractor, Vicki, whose business is stacking concrete block--she and her crew thread the blocks through the rebar to build the piers. Anthony seemed to be  rather impressed with this lady so it piqued my interest.  I made a point to stop by to watch her and her assistants in action.

First they put a layer of cement around the rebar poles that were sticking out of the cement footing.  The cement applied was the size and shape of a cement block. 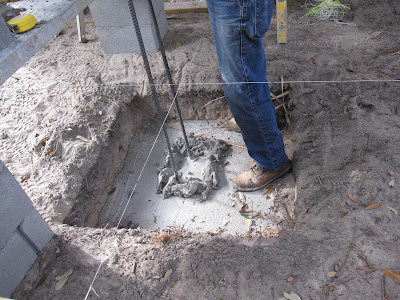 Then Vicki lifted a cement block over her head (wow!) and threaded the rebar through the holes in the block.  Go Vicki! 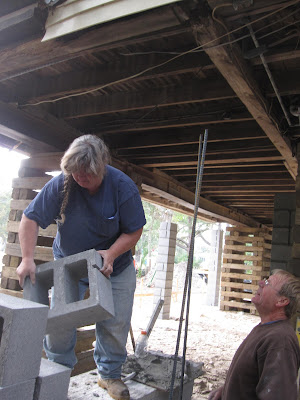 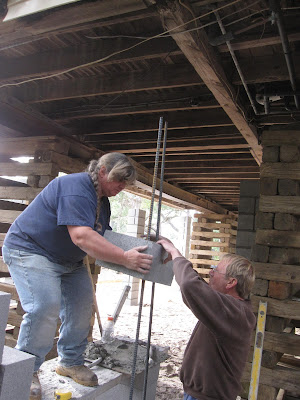 Her assistant guided it down the rebar to set it on top of the cement. 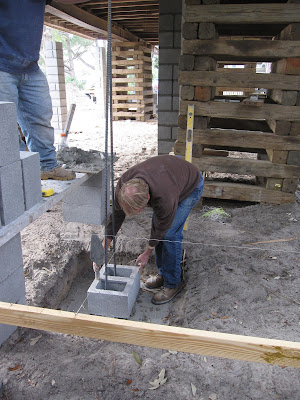 Next they made sure the block was completely level--each block has to be perfect so the pier will stand up straight. 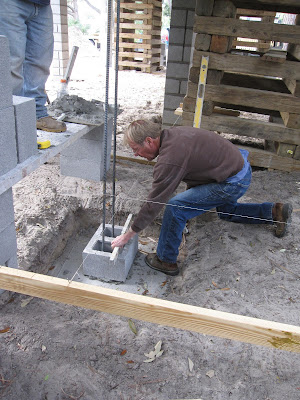 Once some minor adjustments were made to level it, then cement was applied to the
top of the cement block. 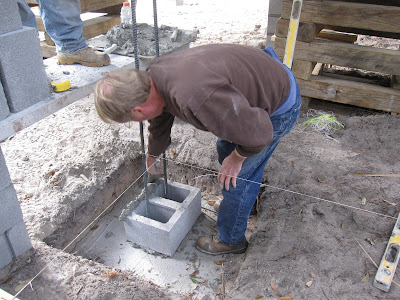 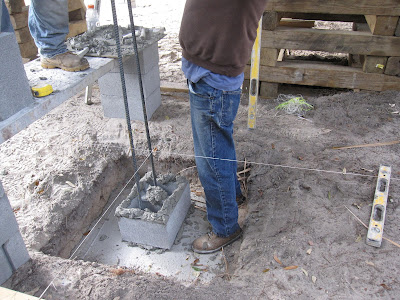 ...And everything was repeated 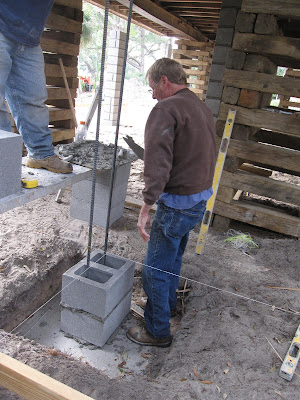 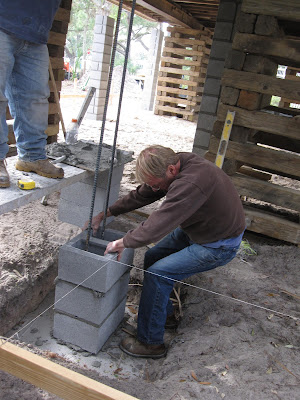 Until the rebar was totally covered and the pier was completed! 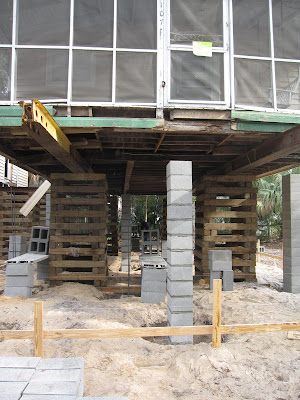 Once this process was finished for all of the piers, the cement truck came back and the holes in the cement block (with the rebar inside) were completely filled in with concrete--and that is the way you do it!  Those are some strong piers!

And speaking of strong, I'm still awestruck every time I think of Vicki doing her work--I may just break out in a chorus of "I Am Woman".  Well done, Vicki, well done.
Posted by Vicky at 10:42 AM