Who knew that Vicky Patton would ever be so interested in how to anchor a house to the ground?  I didn't expect it but I found it to be fascinating!
At the beach with its sandy, shiftable foundation, it is imperative for a house to have strong footings.  My last post dealt with the grid of deep holes that were dug underneath the house.  Next two grids made of rebar were placed at different levels in the hole along with two tall rods made of rebar. 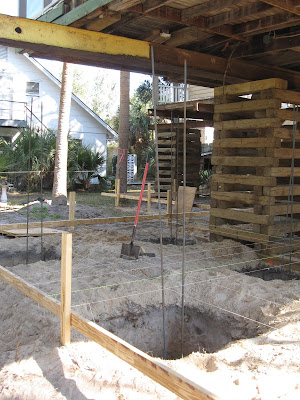 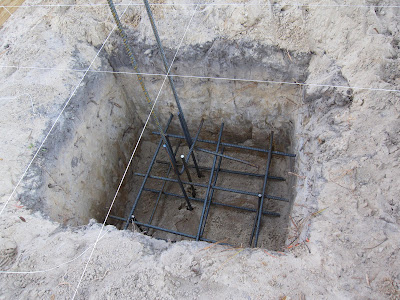 Rebar (short for reinforcing bar) is made of steel and is used to reinforce concrete structures....which bring us to the next thing.  The cement truck was next on the scene to fill each hole with cement.


Once the cement dried--in about a week--one of the coolest parts of the process happened.  I'll show you in my next post!
Posted by Vicky at 7:00 AM