Henry and I met in high school and our first and only prom together was our senior prom right before graduation... 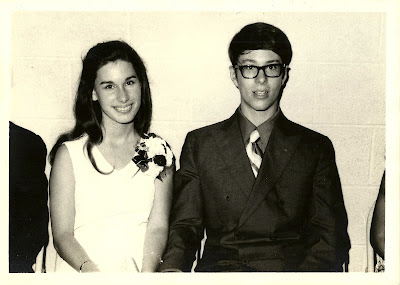 ...that is, until recently when we attended the Tybee Prom!

Two of our Tybee friends, Sandy McCloud and Jane Coslick, were sponsoring this event to benefit the Humane Society's planned low-cost spay/neuter clinic and we went as Jane's guests to see what it was all about.

The prom was held near the lighthouse at The American Legion Post 154.   It had been an unusually rainy week---finally the sky cleared up and it was a pretty evening. 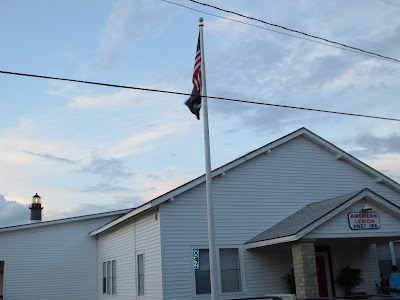 The event was well-supported by many of the folks who grew up on the island or were permanent residents.  There were also a few newcomers (like us). 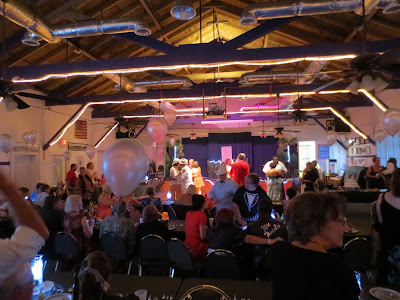 People were encouraged to come in vintage prom clothes or funny costumes and many did just that.  It was fun to see the creative, sometimes crazy, costumes that people wore.

Henry and I were more like wall flowers taking in the show but we had a great time.  I didn't have a prom dress but I found a tiny tiara to wear that was a decoration on the table. 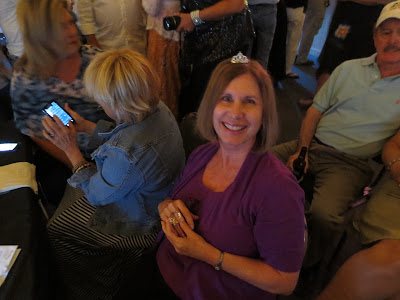 One of the highlights of the evening was an appearance by "The Girlfriends", a singing group that performs music from the 40's, 50's and 60's at many venues around Tybee and Savannah. Here they are belting out a song as the crowd danced and got into the act.

And did I mention that we spotted Elvis in the building?  Randy "Elvis" Walker performed as well for an appreciative audience.

Henry and I had to leave a little early since we had dinner plans in town but Henry spotted this bumper sticker on a car in the parking lot as we walked by. 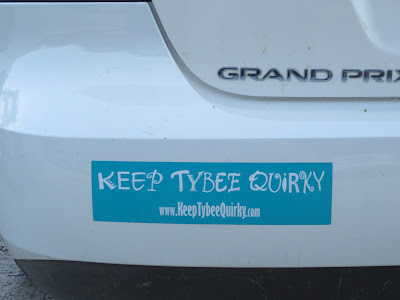 I'd say that "Quirky" is alive and well at Tybee Island!  Come on down and
join the festivities!
Posted by Vicky at 7:00 AM